Do you offer your employees a 401k plan?  Then this applies to you!

Do you offer your employees a 401k plan?  Then this applies to you!

Your payroll company is not a fiduciary for your 401k plan.  You need to understand what you are responsible for.  DOL audits are increasing every year.  Be prepared.  If you need help – let us know!

Federal law protects plan participants by requiring all who provide retirement investment advice to abide by a “fiduciary” standard. Among other responsibilities, fiduciaries are required to act impartially, provide advice that is in plan sponsors’ and plan participants’ best interests, and are not permitted to receive payments creating conflicts of interest unless a specific exemption applies.

So Who Is A Fiduciary?

Many of the actions involved in operating a plan make the person or entity performing them a fiduciary. Using discretion in administering and managing a plan or controlling the plan’s assets makes that person a fiduciary to the extent of that discretion or control. Thus, fiduciary status is based on the functions performed for the plan, not just a person’s title.

The DOL’s new definition provides that any individual receiving compensation for providing advice with the understanding that it is based on the particular needs of the person being advised or that it is directed to a specific plan sponsor, plan participant, or IRA owner is a fiduciary.

Compliance with the new requirements will not begin until April 2017, with certain exceptions.

A plan must have at least one fiduciary (a person or entity) named in the written plan, or through a process described in the plan, as having control over the plan’s operation. The named fiduciary can be identified by office or by name. For some plans, it may be an administrative committee or a company’s board of directors.

A number of decisions are not fiduciary actions but rather are business decisions made by the employer. For example, the decisions to establish a plan, to determine the benefit package, to include certain features in a plan, to amend a plan, and to terminate a plan are business decisions not governed by ERISA. When making these decisions, an employer is acting on behalf of its business, not the plan, and, therefore, is not a fiduciary. However, when an employer (or someone hired by the employer) takes steps to implement these decisions, that person is acting on behalf of the plan and, in carrying out these actions, may be a fiduciary.

What Is The Significance Of Being A Fiduciary?

Fiduciaries have important responsibilities and are subject to standards of conduct because they act on behalf of participants in a retirement plan and their beneficiaries. These responsibilities include:

• Acting solely in the interest of plan participants and their beneficiaries and with the exclusive purpose of providing benefits to them;
• Carrying out their duties prudently;
• Following the plan documents (unless inconsistent with ERISA);
• Diversifying plan investments; and
• Paying only reasonable plan expenses.

The duty to act prudently is one of a fiduciary’s central responsibilities under ERISA. It requires expertise in a variety of areas, such as investments. Lacking that expertise, a fiduciary will want to hire someone with that professional knowledge to carry out the investment and other functions. Prudence focuses on the process for making fiduciary decisions. Therefore, it is wise to document decisions and the basis for those decisions. For instance, in hiring any plan service provider, a fiduciary may want to survey a number of potential providers, asking for the same information and providing the same requirements. By doing so, a fiduciary can document the process and make a meaningful comparison and selection.

Following the terms of the plan document is also an important responsibility. The document serves as the foundation for plan operations. Employers will want to be familiar with their plan document, especially when it is drawn up by a third-party service provider, and periodically review the document to make sure it remains current. For example, if a plan official named in the document changes, the plan document must be updated to reflect that change.

Diversification – another key fiduciary duty – helps to minimize the risk of large investment losses to the plan. Fiduciaries should consider each plan investment as part of the plan’s entire portfolio. Once again, fiduciaries will want to document their evaluation and investment decisions.

Employers and plan administrators are required to disclose certain information about plan and investment costs to workers (and their beneficiaries) who direct their own investments in ERISA-covered 401(k) and other individual account retirement plans.

There are certain transactions that are prohibited under the law to prevent dealings with parties that have certain connections to the plan, self-dealing, or conflicts of interest that could harm the plan. However, there are a number of exceptions in the law that provide protections for the plan in conducting necessary transactions that would otherwise be prohibited, and additional exemptions may be granted by the U. S. Department of Labor (DOL).

With these fiduciary responsibilities, there is also potential liability. Fiduciaries who do not follow the basic standards of conduct may be personally liable to restore any losses to the plan, or to restore any profits made through improper use of the plan’s assets resulting from their actions.

Plans that automatically enroll employees can be set up to limit a fiduciary’s liability for any plan losses that are a result of automatically investing participant contributions in certain default investments.

As an additional protection for plans, those who handle plan funds or other plan property generally must be covered by a fidelity bond.  A fidelity bond is a type of insurance that protects the plan against loss resulting from fraudulent or dishonest acts of those covered by the bond. 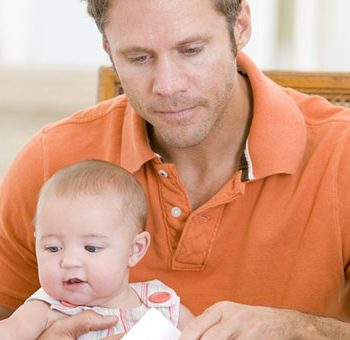 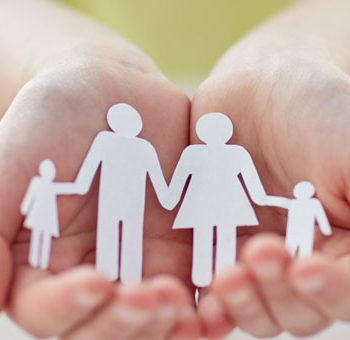